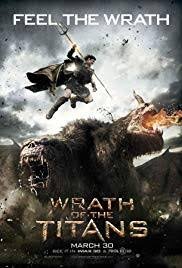 In ancient times the world was ruled by gods and monsters

For his courage,I offered him a place to rule,at my side

But Perseus was strong-willed and chose to live a different path.He vowed to live as a man.

Even when fate took his wife,he would not pray for help from me or the other gods,and now the time of the gods is ending,and the son of Zeus can not hide from his destiny forever

2 thoughts on “WRATH OF THE TITANS:sketches of gods and demigods.”